We were an ordinary family... 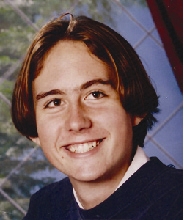 We were an ordinary family, doing ordinary everyday things as life hummed along in a comfortable hum-drum way. Then on 2 November, 1996, a wet, windy, cold night, my 16-year old son Damien went out with his friends and never came home. Never heard of or seen again. Damien has been missing for 14 years, 5 months, and 9 days at the time of writing this, and it is incredible to me that we still know absolutely nothing. It is incredible I cannot hold him, touch his face, hear his voice and laugh at his silliness. In a blink of an eye everything changed. I miss him more than I can ever put into words and it hurts deep in my soul.

It is the ‘not knowing’ that is the worst. We know nothing so imagine ‘everything’. We don’t feel he ran away as there were no signs or reasons that he would want to. Going missing was totally out of Damien’s character.

All we know is what we pieced together after we realised he was missing - his movements, who he spoke with, and more importantly a security video of him in the local chip shop surrounded by strangers. We later saw him on another CCTV camera on the High Street, walking alone, eating chips without a care. And then nothing more.

The attitude of the local Police when we reported our son missing woke us to the realisation that it was going to be down to us to look for him or find out what happened. With that in mind, we organised search parties, put up posters, did interviews with the media wherever we could.

250,000 people go missing in the every year, and yet it appears that there is more hope for a lost puppy - with the support of the RSPCA - than there is for my lost boy and others like him. The missing issue is not new and yet there is a complete dearth of guidance or support. The charity Missing People is our lifeline, but the job is massive and the funds are short for one organisation to meet the needs of such a big issue.

In March 2008, I co-organised ‘The March for the Missing’ in London with Nicki Durbin, mother of missing boy Luke Durbin, to help raise awareness for the issue and to pressurise politicians into passing a bill that would offer support to families left behind. We truly hoped the government would listen to our voices and recognise our pain. Not enough has happened, which is why I am glad to partner with the charity Missing People as it asks the Government to ease heartache and confusion when someone disappears by giving families of missing people the same basic rights as victims of crime. The “Missing Rights” campaign, as it’s called, asks for three things: 1) that families of missing people know everything possible is being done to find their missing loved one, 2) that families affected by a disappearance have access to support, and 3) that families left behind are spared the pain of unnecessary financial and legal bureaucracy.

A campaign like this is necessary, as I fear the current economic climate will continue to chip away at the existing support. The recent announcement by the government that it will dissolve the NPIA in 2012 with no confirmed plans as to how the Missing Person’s Bureau will continue to function is one such example.

I wish I did not have this life of eternal anxiety and worry and despair. But Damien went out one night and never came home and we are sure someone must know what happened to him. Maybe now those involved have grown up and have families of their own, and they might begin to understand how we are feeling about our lost son?

Over the years we have done whatever we can to keep Damien in people’s minds on the and further afield. In January we organised an ‘Event for Damien Nettles and the Missing’ at a local pub in , . We raised funds for the missing issue and we celebrated Damien with musicians, some who were his childhood friends. I wished he could have stood with his friends, sipping a pint, instead of the reality.

When will it stop?  When can we have a normal life?  When can I bury my son? The answer is that it will not, while there is a breath in my body. And even after I am gone, my children will continue to search for their missing brother. It will never stop until we find him.