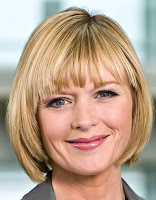 Think of all that’s happened in the past twenty years. The death of Diana, 9/11, the rise and fall of New Labour, Iraq, Afghanistan,  the explosion of the internet, the financial boom and the economic bust. As all this has ebbed and flowed through our lives, one family has endured the seemingly never-ending torment of a child who went missing when he was just a toddler.

Close your eyes and you will probably remember his face. Ben Needham. The archetypal blond, blue-eyed boy was just 21 months old when he vanished, without trace, on the Greek island of Kos. There was no instant media to report it, no mobile phone network to set alight with it – and the police didn’t seem to care.

But Ben’s mother Kerry has never given up on what has become one of the longest-running missing persons cases in British history. And her patience and drive to find out about her son may be about to pay off. The investigation is being re-opened.

In a special ‘Tonight’ programme to be aired tonight, we follow Kerry as she makes an emotional return to Greece, where astonishingly, sightings are still being reported – even though Ben is now a grown man. She suffers the agony of DNA tests raising then dashing hopes, but also meets a doctor who is convinced he saw Ben at his hospital around 9 months after he disappeared.

Finally and dramatically – Kerry also meets the Public Prosecutor on Kos who tells her she is now prepared to look at the case afresh, harnessing all the new technology available. A charity has made posters of a digital image of Ben as he may look now. They are going up all over Greece – in the hope Ben may even recognise himself.

Like the family of Madeleine McCann who cling so desperately to the prospect of even the smallest breakthrough, Kerry’s steadfast hope is remarkable. The Foreign Office is backing her efforts and the head of the charity Missing People Martin Houghton says he’s delighted the Ben Needham case is to be given fresh momentum -  and says it’s the power of such hope which can drive people forward during their darkest moments.

Watch Kerry’s remarkable journey:  ‘Little Boy Lost –  the Search for Ben Needham’ - Thursday evening, 6 October, 7.30pm on ITV1. You can also help Kerry and all those searching for missing children by visiting www.missingpeople.org.uk/benneedham.
Posted by Missing People at 09:58