In memory of Blake 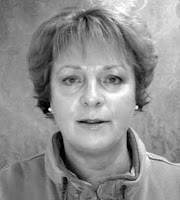 I think I am quite lucky in many ways. For a start I was lucky enough to have my son Blake around in life my for 25 wonderful years and even though tragically he went missing, after searching intensely for two and a half years, I did eventually find some remains of his, so at least now I know he died, in fact I know he drowned and I know in which river. I have a conclusion of sorts. I may never get to know exactly what happened the night he went into river and how or why, but I know enough to be able to mourn him, to grieve for him and hopefully at some point to be able to achieve some form of closure.

Now under those circumstances you may be wondering why I consider myself lucky. Well, even though initially Blake was missing for a long period of time eventually I did get an answer. Many parents or relations of missing people are not so lucky. Their children or loved ones go missing and they may never find out what happened to them, for them every day is spent wondering about that person, are they still alive, if so where are they and why did they go missing, where do we search, if not this place then where else, how can we search, do they want to be found? Did they go missing by their own volition, or were they killed in an accident or worse, were they murdered? Did they suffer, are they suffering, are they safe, happy, sad, dead, alive? It goes around and around in circles.

It is the ‘not knowing’ that gets to you, if you know what has happened, however awful, you can deal with it, but to ‘not know and to never know’ can destroy you.

Every day, numerous times a day, unanswered questions swirl through your mind. I should know, I spent two and a half years in that state and believe me, it is not a good place to be. It is a tortuous and painful place to be, it consumes your whole life. The whole family suffers, friends, neighbours, people you hardly know but have read about the ongoing saga in the newspapers and watched it on the television; everybody needs an answer and that is why the charity Missing People was formed, to help find missing people and to support those left behind.

My Nephew Sam and his friend James are driving through Peru in memory of my son Blake. Missing People provides an invaluable service and is dependent on charitable contributions, so please support James and Sam as much as you can.

There is nothing more devastating than literally losing a child or relation and never finding out what happened to them.

By Sally Perrin,
Mother of Blake Hartley, and Auntie of Sam Beaver and James Montgomery, who are finishing their epic moto-taxi journey across Peru fundraising for Missing People.