You can never walk away…. 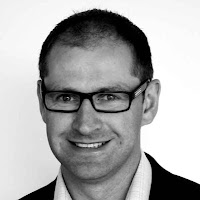 The small hatchback pulled up and a woman I recognised from pictures beckoned me in. She was a mum, a very ordinary mum, nothing superstar about her, yet I knew her by her pictures. I stepped inside and we drove to a pub where we had a fairly average coffee and talked. There was so much for her to say and I tried desperately not to be overwhelmed as I listened to her cry for help from the charity I had come to lead. She began to unpick for me not just her story, but the truth behind the other picture I knew so well; the picture of her teenage son whose missing poster was blu-tacked to the wall by my desk in London.
In the three and half years at Missing People, that conversation has come back to me every day.  We as a group of volunteers and paid staff had a responsibility – a responsibility of care for those who ask us for help, to be there when they call, to listen, to seek to understand and remember their loved one and to do all that we can to join the search for them. There was one other picture that looked down at me, that of another teenager who had walked out of home, been seen on CCTV and not been seen again as yet.

My original motivation in joining Missing People was to keep young people at risk on the streets safe. It’s probably why the two teenagers stick in my head. I started my adult life taking in a young man who was living on the streets, who had runaway and was homeless. He and I are still friends nearly twenty years later, he is reunited with his family and has one of his own. In the last three years I have seen so many stories of courage and hope and I am very proud of the team that works tirelessly for the good of missing people and their families.

As I have grown older I have grown more ambitious to help more young people to find a refuge in a storm. The offer from the homeless charity Depaul came to me at a time when I had weathered my own storm of watching my mother, who I admired so much, die of cancer and I felt it was time to try again; to try an even bigger challenge. Depaul provides the nationwide network of emergency accommodation for young people who are in a homeless crisis from 16-25. So many of these homeless young people have been or still are ‘missing’.

I hope one day to be watching the TV and for the lead news item to be one of those teenagers returning home safe and sound, my heart aches for that to come true. But it may not. And it is that life in limbo, that cycle of hope and grief every family member of a missing loved one lives with and they can never walk away. They can only learn to live with that pain, in different ways for each of them.

I am walking but I will try my best not to walk away. I will always cherish my incredible extended family at Missing People and I hope to take all that I have learned, and who knows one day I might meet a young man in one of my projects whose face had looked down on me from my office wall at Missing People and maybe, just maybe, that would be the first step for them to be reunited with their loving families. I hope so, I really do.