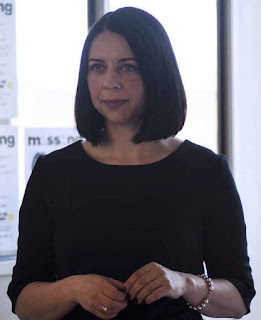 This Saturday proved to be a day of real solidarity for families of missing children across the UK  thanks to The Big Tweet for Missing Children, and the support by Sun readers and celebrities.
As one Twitter user Leah Cunnington wrote, “Our greatest achievements in life have happened when we come together as 1 voice, 1 desire, 2 save even 1 life!”

For the third year, the charity Missing People held our “Big Tweet” and invited the country to get involved. A very simple idea, we tweet a different missing child’s appeal every 30 minutes for 24 hours and ask the public to retweet as many as possible. Our aim in doing so is to raise awareness of just a fraction of the UK’s missing children, and in doing so remind their families living in limbo that people do remember and do care. And that there is hope.

Nobody is left untouched when thinking about a family who has lost a child and Missing People’s Big Tweet enables anyone who uses Twitter to get involved.

Having explained this unique idea to The Sun, they immediately wanted to help and wanted to show their support by laying down a challenge. If we could capture the imagination of the general public and get 50,000 RTs this year then they would donate £10,000 to the charity.

I can assure you, that as a small charity a donation of this size makes a huge difference to our ability to offer a lifeline to when someone disappears. To give you an idea of the scale of the problem – 250,000 people, two thirds of which are children, go missing every year in the UK alone.
It was an ambitious target to say the least, as we had seen just 15,000 retweets last year. However, with The Sun, its readers and celebrities behind us, we felt that we stood a chance of getting close to the target. And, even more importantly, it would be mean we could shine an even stronger spotlight on the 48 missing children whose appeals were to be featured.

Little did we realize, though, the extent to which the wonderful British public would join in solidarity with families of missing children and vote with their fingers.

We were also hugely grateful that many oelebrities with millions of loyal followers - such as Stephen Fry, Victoria Beckham, Tamzin Outhwaite, Katie Price, Lorraine Kelly and many more - got involved. Simon Cowell also pulled out all the stops. He tweeted every single appeal throughout the day and encouraged not only all his 7 million followers, but also his shows and artists such to get involved.

The stats speak for themselves – the “#BigTweet” hashtag started trending in the UK by mid-morning, and by the end of the day we had an extra 13,695 followers.  Also, we our overall target - the campaign received at least 58,462 retweets on the day. And over 600 people texted a donation to the charity.

We also received sightings and information on 25 May, particularly in relation to one missing child, and some missing people made contact themselves.

And this is why it is such an important campaign, and why we are so grateful to The Sun and its readers for their incredible support. Because thanks to you there are at least 48 families of missing children who feel a little less alone, and feel a little more hope.  ­