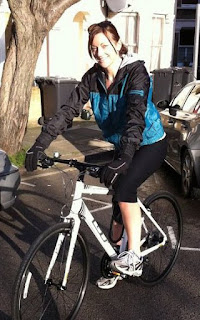 This is my story of both a personal and professional journey...

In 2010 I took my first walk up the stairs at Missing People. Awaiting me was around 20 staff and volunteers who had gathered to hear me talk about the runaways project I was coordinating at the time. Lucy was in the audience; she had brought in her coffee which she was drinking from a tall blue spotty cup - a habit she maintains to this day and which always makes me smile when we go in to meetings together. Only a year later, I was sat in the same room telling my - now - manager how passionately I believed that I could bring about positive developments in the way the charity works with its partners. Right before that interview, while nervously waiting in reception, a nice man called Richard had come to check that someone had made me a cuppa (they had). Richard still offers me tea every day.

It hadn't occurred to me until I started working at Missing People that I'd had my own personal experience of 'missing'. Twelve years previously on a cold November evening, my grandad, while in hospital and suffering with dementia, had wandered off in the evening wearing only his pajamas. He was headed back to the home he had shared with my grandma. He made it to within half a mile before, at 11pm, he was spotted by a local person who worked at the hospital and happened to know him. He kindly took my granddad back to his ward. A short while later he was safe and warm back in his bed. It never fails to focus my mind when I think how things could have been different; a prospect I've talked through with several of my police colleagues when asking them to make links between their own loved ones and their interactions with families during a missing person investigation.

Two years on, and my loved ones still feature regularly in my presentations to practitioners. There's the story about when my mum met me at London Victoria station for a day out in the big smoke; she’s always interested to hear about the nature of my work and, ten minutes in, she asked 'what would have happened if you hadn't shown up today and I’d contacted the police?’. There's also the time my sister called me from a shopping centre on a Saturday afternoon and said 'I've lost Doug'. Doug was sat in the sunshine about a mile away, out of phone signal and blissfully unaware of his panicked girlfriend whom he thought would be shopping for at least half the day. Six hours later, after the tears of relief and a tense drive home from town she called me and in a chillingly quiet voice said “that's how it starts isn't it?”

My mission is to help practitioners understand our services through my own and other people's stories. It is my privilege to be doing that for a charity so well grounded in its values. As a Services Manager with particular responsibility for partnerships, my role is varied. I hop between presentations to a hundred police and social workers to meetings with the UK Missing Persons Bureau and CEOP to plan our input at training events or consultations with government, local statutory services or other charities.  I thrive upon building relationships between organisations that work in such different ways. It’s quite normal for police to have some misconceptions about the charity sector - the furrowed brows of dubious police officers filling a lecture theatre still puts my nerves to the test. A swig of Evian and two deep breaths later and the simplicity of it all takes over me. Ultimately, despite wildly different working practices there is always a common ground; a point on which we can relate. It's my responsibility to illustrate that point and unite us under a common objective.

And then there's the Missing People Cycle Challenge; 500 miles in five days. I'm not giving too much thought to the size of the challenge as an amateur cyclist, with an ill-equipped bike and limited experience of long distance cycling! It wouldn't fit with my motto to shy away: "if it scares you, do it anyway". I have never ridden ‘clipped in’. Moreover, less than six months ago I didn’t even know what that meant! For the benefit of any fellow amateurs, I will explain; it means you are attached by your feet to the bike’s pedals. It means if you don’t ‘clip out’ (‘unclip’? I’m also lacking the lingo...) quickly when you stop then you and your bike will topple sideways and something gets bruised or maybe even bleeds – ‘gulp’. I’m told that being clipped-in will increase efficiency and my ‘effort to output ratio’. This is all a bit technical for me; I really would just like to make it unscathed from Edinburgh to London (bigger ‘gulp’).

The most wonderful thing about the whole experience will be what it represents to me. By taking on a physical challenge I feel I am, symbolically, standing side by side with fellow humans who are facing their own challenge. Family is my lifeblood (both literally and metaphorically), so dedicating myself to a cause which supports family members when someone goes missing – whether they are missed or missing someone – feels like I have found my calling. And what’s more, when I cross that finish line I will have two families waiting for me; my loved ones and the Missing People family.

In advance of the Missing People Cycle Challenge2013
https://www.justgiving.com/teams/MPCC13