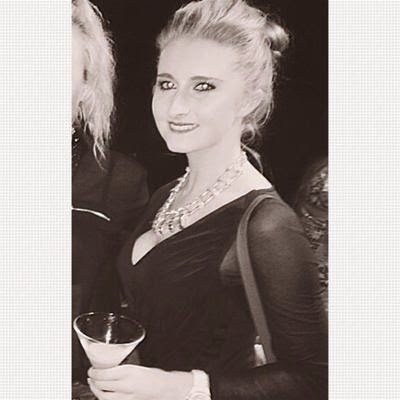 Some time later on this year, Megan Sullivan will be launching herself out of an aeroplane for charity. Quite a terrifying thing to be gearing up for- especially if like Megan, you are “not great with heights”. For this brave girl though, skydiving for Missing People is nowhere near the scariest thing she’s had to contend with in the last 6 months.

On 9th December last year, she and her family were faced with the fact that Cornelius Sullivan, Megan’s father, had gone missing. Suffering from both Seasonal Affective Disorder and Manic Depression for over 20 years, Con often took long drives as a coping mechanism for his illnesses, always phoning home after a few hours and returning to his understanding wife Kirsty and daughters Grace, Kitty and Megan herself. Last December, he took himself for one of these drives after “hitting rock bottom”. This time, however, there was no reassuring phone call- Con had left his mobile at home, and the family had the terrible experience of having a loved one filed as a missing person with the police.

The forces immediately took steps to try and find the missing man, but the family initially opted not to ‘go public’ with the case, hoping that the matter would resolve itself quickly. For a whole week, Kirsty and Megan went to work as usual (Kirsty works as a receptionist at a local gym, as does Megan when she isn’t studying at Loughborough University). Only their closest relatives knew of Con’s disappearance, and Megan kept the family’s worries from even her most trusted friends.

As the days rolled on, the family realized that they would not be able to find Con without asking for help from the public, so they launched an appeal through Missing People, who offered the Sullivan family practical help with posters and campaigning as soon as they were asked. Megan took charge of their Social Media campaign on twitter and facebook, doing everything she could to get the message out and keep herself busy. She even got members of ‘The Only Way Is Essex’ retweeting her appeals. Doing this, she tells me, helped her to stay positive and hopeful through the weeks that her father was missing.
In the middle of the night on 23rd December, Megan ran down the stairs of her home to pick up the ringing phone; an off-duty policeman had found Cornelius close to a police station in Norfolk and after speaking to his daughter and his wife, he drove himself home that same night. Just two days before this, Megan’s grandparents had been to Norfolk to search for the missing man, who had been identified as being in the area after a card payment of his was tracked. Having searched the area to no avail, the family had become increasingly worried, although Megan explains that they were always certain that Con would eventually return; “He just needed to hear mum’s voice”.
Her experiences with Missing People made her determined to do something in return for the support the charity gave her family; she wanted to do something “big”, that would grab people’s attention and make them reach to their wallets for the cause- and it’s working!
At the time of writing, Megan has already raised £811, well over her initial goal of £550, and the donations are still coming in. She has rallied her friends and relatives for donations, and has been active in both Chigwell and Romford, asking the public to support her. As well as raising money for the charity, Megan hopes that her skydive will bring Missing People to the attention of others. She explains that despite the charity not being at the forefront of the public’s awareness, it is constantly recommended to families as a lifeline by the police in missing person’s cases, making it a vital charity for those 250,000 people who go missing each year along with their loved ones.


If you would like to support Megan with her skydive, and keep up to date with her fundraising, head over to her Just Giving page to make a donation.