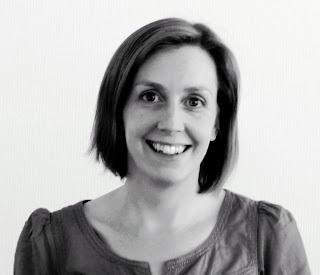 This blog post has been written by Susannah Drury, Director of Policy, Research and Development at Missing People.

Paige Chivers was 15 when her mum died. Paige struggled to cope with her grief, on top of her troubled home life.  Excluded from school, and without the right professional support, Paige started to go missing regularly.  Following an argument with her dad about money, she went missing for the last time. Tragically, she would never return.  Paige had run away to be with a man in his 50s who has been accused of sexually exploiting her and who went on to murder her.

There’s a huge number of reasons why a person might go missing, but what links them all is their vulnerability. Whether it’s a scared 13 year old boy going missing because he’s being controlled by a gang who use him to transport drugs; or a middle aged man in mental health crisis disappearing because he feels he has no other options; or a woman fleeing domestic violence. Recent data from the National Crime Agency  shows that shockingly, at least 35 missing people a day come to harm, and tragically, over a thousand people die while missing each year.

It’s the responsibility of all of us to keep these vulnerable children and adults safe. We need to do more to find them and get them the help they need. We must also do more to prevent people going missing in the first place.

Police across the country play a vital and difficult role in finding missing people and making them safe. The police are the right people to do this job. Police officers have the skills and powers needed to search, they are able to draw links between a range of information and intelligence and they have a clear duty to protect vulnerable people.

As HMIC’s recent report into policing vulnerable people states: “The primary purpose of the police is to prevent crime and disorder and to protect people…The extent to which a police force is successful at identifying, protecting and supporting those who are vulnerable is therefore a core indicator of its overall effectiveness.”

HMIC’s report found that some forces are doing better than others in protecting vulnerable missing children – and that many forces should improve their risk assessment processes, and how they gather and share information. These improvements must be a priority if we are going to prevent vulnerable people coming to serious harm.

It’s clear though that the police can’t do the job alone. As the number of missing person reports increases (to 315,0000 nationally in 2014/15, compared to 307,000 in 2013/14), Chief Constables across the country are starting to highlight the pressures they face in responding – especially when people go missing repeatedly. These Chief Constables agree that it is vital to find and protect these vulnerable people, but are calling on other agencies to do more.

The charity Missing People works with every police force to publicise missing people, and get the public to join the search. Last year, we worked with the police to launch over 1,000 publicity appeals, with the vast majority of those people found safe. On the police’s request, we also reach out by text message directly to thousands of vulnerable missing people each year to tell them about our free, confidential helpline 116 000, and we know many of them do go on to call us and get the help they need. With additional resources, the charity could do even more to help find missing people and make them safe.

Gwent in Wales has developed a brilliant approach to responding to missing children, involving all the agencies who have a support and safeguarding role. They have set up a Missing Children’s Hub where the police, social services, health services, education and local support charities work together. The Hub receives every missing report, the multi-agency team pool their information about the missing person and decide together on the best response to finding them and how to support them when they return. Their results are impressive- they have managed to reduce the number of children who go missing repeatedly, and have also uncovered a significant number of children who are at risk of sexual exploitation and need protection. This multi-agency approach where agencies work together with clear, complementary roles is an important way of ensuring missing children and adults stay safe and get the right support.

We need to do much more to prevent people going missing. Worryingly, only one in 20 missing children ask for help from professionals while they are missing. If we are going to prevent more tragedies, like the murder of Paige Chivers, we need young people to know how to reach out to stay safe. This is why Missing People has recently launched a new Runaway Helpline website, full of information and advice for young people who are thinking about running away, or who are missing.

There’s so much we can do – and we must do - to protect vulnerable missing people. We need to educate children about the risks of being missing and how they can get help before they reach crisis point. We need to bring different agencies' skills together to find missing people and make them safe. We need to make sure anyone who comes back from missing gets the help they need to deal with their problems and prevent them going missing again. We need to do everything we can to prevent vulnerable children and adults being harmed or killed while missing.
Posted by Missing People at 12:52