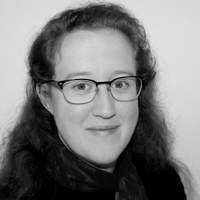 Lucy Holmes reflects on almost a decade of work as Research Manager at Missing People.

This time last week I was at the #LostinMigration conference in the beautiful Verdala Palace, courtesy of the President of Malta, where I shared research findings about missing trafficked and unaccompanied children. This research is just the most recent in a varied and important range of projects I've worked on since I joined Missing People's Policy and Research team in 2007.

Today is my first day not working for the charity, as I move on to a new challenge and a new role in the homelessness sector. I am proud to look back at nearly a decade of research into the causes, characteristics and impacts of people going missing. 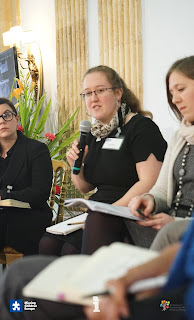 Moving on has given me the chance not only to thank all the people who have been part of my experience, but also to reflect on the progress we've made working together. I've been part of a team that successfully lobbied for new legislation (and the fight continues with the current Guardianship campaign), influenced police procedures and training, and spread our messages far and wide. I've shared research findings with people who have experienced missing, with police officers, with social workers, with parliamentarians, with academics, with the public and with supporters. I am utterly convinced that all of these people value knowledge and evidence, and that a charity that roots its practice and policy in evidence collected from people affected by missing is a charity worth supporting.

Missing People has rightly been recognised as a good employer and I cannot recommend highly enough the role in my old team that is currently being advertised. The team of staff and volunteers at the charity is friendly, kind and fun - everyone is entirely values-driven and grounded in the reality of the experience of missing children, adults and their family members left behind.

Over a decade of researching topics as diverse as dementia, trafficking, gangs, policing, and impacts on family members, I feel well equipped to go on and get to grips with whatever my new job throws at me. While I'm looking forward to the challenge, I'm terribly sad to be leaving. I'll always be part of the Missing People family - I'll carry the flame with me always.
Posted by Missing People at 12:56