Mungo Park and You: A letter from Hannah 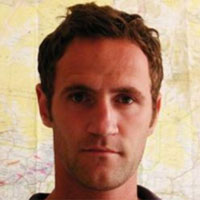 Hannah Velten has written a heartfelt letter to her brother Christian, to mark the 14th anniversary of him going missing in Mali.

Dear Chris, I didn’t know how to mark 7th February this year, the 14th anniversary of you leaving for Africa. I had hoped, after last year’s rather miraculous proof of you still being alive, that I’d not have to mark this odious time of year ever again. But there you go.

Should I write a poem, paint a picture, rant and rave or decide to throw in the towel? To be honest, I can’t be bothered to do any of the above because I know you’re still alive and probably reading this. So, what should I do..?

To be brief and to the point. I believe in you. I know you are still alive. I want you to get in touch. Do I need to persuade you?

Okay. You are just like Mungo Park (an explorer, your inspiration) and like Mungo you are going to miraculously appear when everyone thinks you’re dead and long gone after being in Africa, without word, for so long.

I’m here to prove that you’re like Mungo and will appear, just as he did.

There is no point 8; which would have rounded this list off nicely with an even number. But life isn’t like that, is it. There are rough edges, wild goose-chases, red herrings and false starts. Things happen. Disaster strikes.

But you and Mungo are made of the same stuff. Strong, bullish, defying the odds, good with people, empathetic to others’ suffering. He was a physician, and you once looked after young people who turned to you for support, love, hope and as a friend. 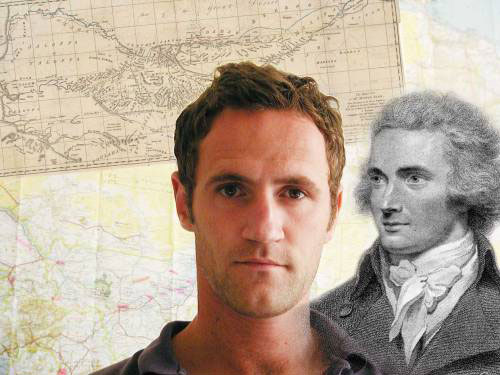 You are two peas in a pod, you and Mungo. Chris, do a Mungo and appear to me after all these years.

You and Mungo have shared such a similar journey… even the lady who saw you and talked to you and gave you money in Accra, Ghana (you were destitute, ill and begging by the traffic lights in 2005) lives with her Scottish husband less than 10 miles from where Mungo was born in Selkirk. I honestly couldn’t make that story up! You and Mungo are linked, there is no denying it. Everyone will understand the decisions you’ve made, as they understood Mungo’s.

I truly believe in you. I know you can come back from the dead, like Mungo. I know you are alive and I can’t wait to see you again.

Call me. Or if that is too far a leap, please get someone to call on your behalf. You can get in touch via the team at MissingPeople.

All I want to know is that you are alive. The rest can follow, in private, at your pace.

If you're missing someone you love, and would like to share your story or memory via The Missing Blog, please email pr@missingpeople.org.uk

Email ThisBlogThis!Share to TwitterShare to FacebookShare to Pinterest
Categories: Words from Families