A Day With: Our local services team 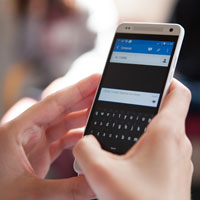 Our Local Services Team support children and young people in Surrey, Sussex and Hertfordshire who have returned from being missing by providing Return Home Interviews and One to One support.

Maddy, a Return Home Interview Coordinator, tells us about one of her days at Missing People.

"This morning, my team and I looked over some of the Return Home Interviews we have conducted recently. We interview young people age 8 to 18 after they have returned from being missing. Some of the recent young people we’ve met include a child who didn’t want to go to school, a girl who received some difficult news and wanted space away from her care home, someone who’s older friends are allowed to stay out later, and another being exploited in a drugs ring. Throughout Surrey, Sussex and Hertfordshire we’ve called or visited hundreds of young people, each with their own story to tell, and the majority are happy and excited to have someone to tell it to.

At midday, my colleague and I went to a home for a joint interview. We first spoke to the mother, who explained that she was tired and struggling to cope with the bad and manipulative behaviour of her son, Alex, and of frustrations and difficulties she faced with the clashes between him and his step-father.

We then met Alex, 13, who greeted us with a handshake. We sat on the floor with him as he ate his lunch, and explained that we were here to give him a safe space to say whatever was on his mind. He said ‘well, I don’t want to live here.” He went on to tell us that his step-dad often said unkind things to him, and that he felt left out of the family unit. Alex has 3 half-siblings, and feels his step-dad doesn’t care for him as he does his own children.

Alex’s father, a relatively famous guitarist, is often away travelling, and Alex appears stretched between two very different lifestyles; a fairly typical family home with his mum in the Hertfordshire suburbs, surrounded by boundaries and support, and an expensive flat with his father and model step-mother, surrounded by exciting people and events. 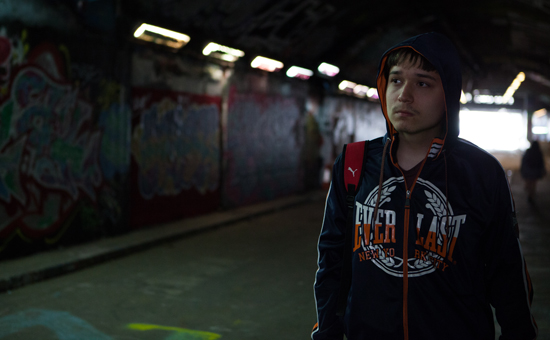 Alex is learning survival skills; a way to cope with the stress. He can start a fire using a piece of wood and a stone, and can knap a piece of flint into a knife. He’d been off doing this when he was missing.

We worked both with Alex and his mum, giving Alex a safe space to talk about his worries and stresses, and letting his mum know what we had just seen from Alex; an amazing boy caught between two households and feeling unable to fully fit into either. As we left, they walked us out, and gave each other an affectionate hug.

Our conversation was written up and shared with the police and children’s services, to ensure Alex feels more supported in the future.

That afternoon, I met with my Hertfordshire colleagues to discuss their one-to-one work; cases where they were supporting young people experiencing abuse, exploitation and mental health issues; listening and intervening with terrible situations every day; and providing young people with a safe space where they feel listened to and understood. They talked about how much they wanted to give to every case, how difficult it was not being able to support everybody.

One case we discussed in more depth was that of a young boy named Peter. His mum had passed away a few years ago, and his family were still reeling from the loss. We had all met Peter as he regularly went missing, and had all helped support him and figure out what was going on. In addition to this, we asked Shane, a counsellor and part of the Helpline Aftercare Service team, to provide some support to Peter’s Nan. By helping her, she could then be there for Peter, meaning Peter would feel more comfortable being at home, more communicative of when he did go out to Nan, and therefore less likely to go missing in the future."

Runaway Helpline, run by Missing People, provides 24 hour support to young people who are thinking about leaving home, are away from home, or have returned.