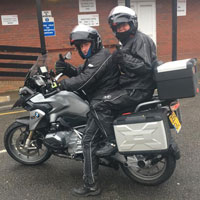 Paul and Tracy Bowles decided to take on an epic 1,830 mile challenge, riding a motorcycle from Liverpool, taking in a loop of the whole country from John O’Groats to Lands’ End, and ending back in Liverpool, to support two charities close to their heart; Missing People and Merseyside Jewish Community Care

Steven and his other brother Tony would meet often up on Sundays and read the newspapers together. They had not met in a little while and the lady at the local newsagent noticed that he had stopped coming in to buy his paper. Changes in people’s behaviour or routine can often be the first sign that something isn’t right.

Paul: “When Steven went missing, I contacted Missing People who launched a publicity appeal to help find him. For 10 long and agonising months we knew nothing about what had happened to Steven, and then in February we received the tragic news that his body had been found.”

It came to light that Steven had been in debt and was due to be evicted from his flat for not paying the rent for the past 8 months at the time of his disappearance.

Tracy: “We experienced such a roller-coaster of emotions whilst Steven was missing. One minute you feel angry, the next, worried. You read about things like this in the news but never think it will happen to you.”

Despite the shock, the motorbike challenge has given Tracy and Paul something to focus on at this difficult time. 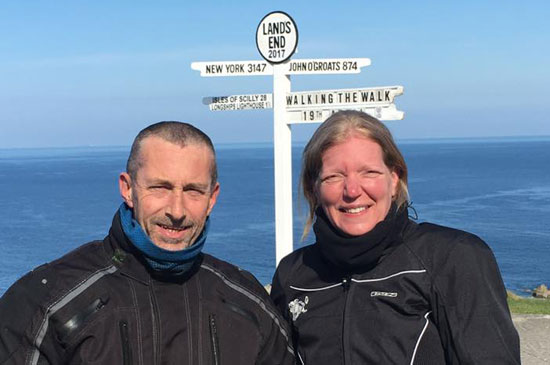 Tracy: “It’s a chance to make something good come out of something bad. It’s going to be a very intense trip. Actually, I’ve been having nightmares that we are trying to push the bike through mud and snow! But we dedicate this ride to Steven’s loving memory.”

“I’ve been married to my husband Paul for 24 years and he’s been riding motorbikes for 20 of those. I took my first bike trip with him last year so I’m very new to this. Was it selfish to take this on at this time? We just want to feel useful.” 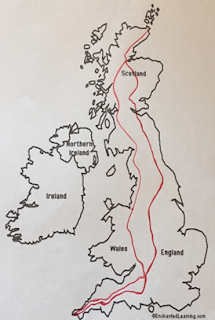 The motorbike ride, which took 7 days in total and avoided all motorways, saw the couple averaging around 260 miles on the road each day. They documented their journey via their Facebook page, Bowles Biking Challenge.

Paul and Tracy are passionate about raising money and awareness for Missing People.

Tracy: “Perhaps when someone leaves and they know they have broken people’s hearts like that it’s too hard for them to see a way back. I just don’t know… I wish he could have rung, even at 2am and just said he needed to speak to someone. I sometimes wonder, if Steven had known about the support that Missing People provide, perhaps things could have turned out differently.”

Alison Taylor from Missing People: “We’re so incredibly grateful to Paul and Tracey for being so inspirational and taking part in such an amazing challenge at what must be a very emotional time. The funds they’ve raised will enable us to help and support other families who are experiencing the trauma of having a loved one go missing.”

If you are thinking of organising your own challenge, or you have a place in an existing challenge event and would like to raise funds for Missing People, please get in touch.