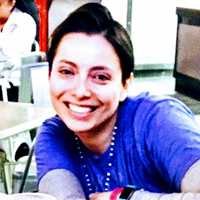 Heidi Maduhu recently celebrated reaching her third year at Missing People. We were interested to know what she's learnt during her time working for the charity, so she told us her top 5.

I joined Missing People as a Services Advisor and I was promoted to Services Supervisor within the year. This May, I became a Senior Service Coordinator, supporting the Return Home Interview teams both here at Head Office and in Surrey, Sussex and Hertfordshire.

I must say, it has been an utter privilege to work with all my colleagues at Missing People at such a wonderful place to work and I can’t wait to see what’s next in store for the charity going forward. Here are a few things working at Missing People has taught me.

In the early days of answering helpline calls, I often wondered to myself, ‘What good is it doing just listening’ when I’d speak with family members of missing people. Being practically minded to the core, I recall often feeling frustrated that we ‘couldn’t do more to help’.

But what I realised after time, and especially in doing some self-reflection regarding my own well-being needs and mental health as a human being, mostly all I want in this life is to be heard – and understood. And experts in emphatic listening: WE ARE.

As a perfectionist in the deepest sense of the word, there was nothing more terrifying for me than finishing up helpline training and being told to get on the telephone lines. ‘Sink or swim’ I thought. ‘But what if I drown?’ was where the panic started to set in. ‘What if somebody asks me something that I don’t know the answer to? We’re a part of such a difficult time in people’s lives; I must have all the answers!’

These high anxiety producing thoughts bounced round and round in my head but a very wise colleague said to me in the early days, ‘There’s nothing you can do that can’t be undone’. In other words, if we make mistakes on Hermes or accidentally say the wrong thing, it’s not the end of the world. Most things we can right and if not, we learn for next time, and often it’s these stepping stone errors which can be the greatest teachers of all.

3. It was just a plastic bucket

Last year, I saw a fundraising request posted on our internal online network, asking someone to do the Christmas bucket collection. I said yes and agreed to dress as a festive elf in advance of a night shift on the helpline, thinking, ‘Talk to people while holding fundraising bucket: no worries – shouldn’t be too tough’. I was completely unprepared for how moved I was in these few hours – the raw emotion from people as they stopped in their tracks in the busy Kings Cross station as they considered what families must go through, having a missing loved one at the most wonderful time of the year.

Many people also approached asking questions about the work we do, and others recalled to mind some estranged family relationships that had broken down over the years.

It was a true privilege to be able to signpost to our Lost Contact service and to explain to those interested in our service that we work around the clock for this important cause at such an emotional time of the holidays.

Rolling in a crew who consider thrill seeking and Crossfitting ‘fun’, it’s no surprise that I’ve run into a few pals who have called the Tough Mudder ‘loads of fun’ over the years. But I wholeheartedly admit, I never wanted to throw myself into mud and be electrocuted just for the sake of it. I always said there had a to be a reason – a very good one!

So, when I saw that our Fundraising team were looking for ‘thrill-seeking fundraisers’ to take part in the Tough Mudder, I realised that there wouldn’t be many things that I would do Tough Mudder for – but this work we do at Missing People, YES. Sign me up!

Of course, I went home and told my husband, who promptly replied, ‘I bet you’ll do it on your own though. I don’t think any of your colleagues are as crazy as you’. Turns out – he was wrong! There are, in fact, six other ‘crazies’ who agreed to sign up for, with room for one more. There’s still time – won’t you join us?

One of Missing People's 5 internal 'values'. And this isn’t just a motto on the wall. It truly means something here, and is acted upon every single day. You wouldn’t be surprised to witness Director of Services & Advocacy Susannah taking on the washing up and even mopping the floor when it needs it!

When the #MakeItHappen value resounds this loudly, from volunteers through to director level, it’s no surprise that, as an organisation, we are able to motivate each other daily. And in doing so, also place value on one other, which means that despite the difficulties of the emotion that we are committed to in our daily work here at the charity, the buoyant lifeline to ourselves and others, we shall continue to be.


Would you love to be part of the team at Missing People? Take a look at our staff and volunteering vacancies. Or, perhaps you'd like to sign up to a challenge event and raise funds?