Walk For Gill by Martina 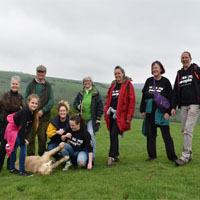 The Missing People 'Walk For' pilot continued, with a walk organised by Martina in the South Downs. Martina writes about her experience, and how the local community banded together to show their support.

Hi, my name is Martina, my partner Gill went missing from Patcham near Brighton on 24 August 2017. Gill has now been missing for nine months which have been the hardest nine months of my life. When Gill went missing I contacted Missing People for help and advice on what to do next, since then I have regular contact with Missing People....without them and their help and advice I don’t know what I would do, they have been fantastic.

So when I was asked to take part in a pilot called 'Walk For' I said yes straight away as wanted to do something to raise awareness of Missing People. I could organise walk of whatever distance I wanted to do and a route of my choosing. I spoke to family and friends to find out how they felt about joining me on the walk. I had a fantastic response from family and friends, Missing People provided posters to promote the walk and support with publicity and fundraising. 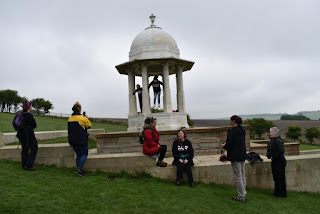 I wanted to raise some money and make people aware that Gill is still missing. I also thought that if there was someone thinking of going missing and they heard about Missing People’s free and confidential 116 000 helpline just maybe they might call and get advice, which could prevent them from going missing.

I chose to do a walk on the South Downs, via the Chattri War Memorial. Gill loved the Downs and we would often go hiking there together. I chose a 7km route as I was recovering from a hip operation, which also gave me the incentive to get fit again.

Leading up to the walk, I was asked to take part in a BBC Radio interview to raise awareness about Gill being missing, and the walk. I was reluctant and very nervous, it felt very daunting so I declined which was no problem as Bryony who works at the charity was interviewed on the morning of the walk and I emailed some of the things I wanted to say, which the presenter read out. 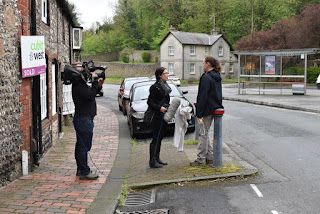 Well the day of the walk arrived; a journalist and camera man from BBC South East met us at the beginning of the walk to cover it on the local news. I was very nervous about talking on camera but Bryony and Georgia were on hand for support so I did the interview and I felt great doing it. I thought “take a deep breath and just talk”. I said what I wanted to get across – anything to raise awareness of Missing People and Gill. Afterwards, I was on quite a high!!!!

The walk went better than could ever have thought, even the weather was ok… at least the rain held off! We had a fantastic turn out of friends, neighbours and two dogs - even a couple of people I had never met before who had been following my posts about the walk on Facebook.

It’s a great feeling to have done it. The community spirit was fantastic; two young girls Megan and Megan who also did the walk were even inspired to bake some cakes when they got back, selling them to the neighbours for donations!!!!

I feel a tremendous sense of achievement and all the things I worried never happened. I would do it again in a heartbeat.

Thank you to everyone who has donated already! My Justgiving page is still open and accepting donations if you would like to contribute: www.justgiving.com/fundraising/martina-walton

Bryony from Missing People’s Supporters team said: Martina has done a fantastic job organising Walk For Gill. I want to say a huge thanks to everyone who took part and donated! It was so great to see the outpouring of goodwill and support for Martina on the day. Her community rallied round and were inspired to donate generously to her Justgiving page having never heard of the charity before.

This walk was part of a pilot project where we are testing what works, different routes and accessibility for people of all levels of health and fitness.  Leading up to the walk, together with Martina, we designed personalised resources, offered support with fundraising and media.
I would like to invite anyone with a loved one missing to organise your own “Walk For…” we can provide support with resources, promotion and media - meaning you can focus on choosing the route, the distance and inviting your friends and community! Contact: bryony.long@missingpeople.org.uk

If you have been affected by a disappearance, you can contact the Missing People helpline on 116 000. It is free, confidential and available 24/7.
Posted by Missing People at 11:08