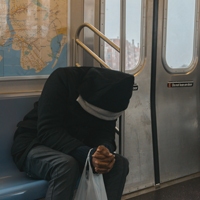 In our role as Co-Secretariat to the APPG for Runaway and Missing Children and Adults, we've been working on an inquiry into safeguarding missing adults who have mental health issues.

Lisa, whose husband James went missing in 2011, agreed to speak to the charity about her and James’ experiences. She has agreed for this story to be shared in the hopes of holding the police to account and preventing other families having to go through what hers did.

James went missing in January 2011 but the circumstances that led to his disappearance began the October three months before.

Lisa, James’ wife, spoke to the charity as part of the All Party Parliamentary Group for Runway and Missing Children’s inquiry into safeguarding missing adults who have mental health issues. She talked of her and James’ experience and the tragic consequences of failures whilst James was missing.

James had been experiencing extreme stress after facing bullying and harassment at work. He was threatened with becoming a scapegoat for a serious incident and had lost trust in his employers. Lisa told the inquiry that when James first went missing she believed he feared losing his job but she has since realised that he may have feared doing his job.

On top of his struggles at work James had experienced a recent bereavement and was unwell himself.

In the weeks leading up to going missing James was more quiet, distant and withdrawn. On January 9th he left his family home and did not return. He had never been missing before and the disappearance was completely out of character.

The next morning an increasingly worried Lisa reported him missing. She told the inquiry how she felt that it wasn’t until two days later that the police appeared to be taking it seriously. Even then little was done to find James. Hotels in the area were not checked; friends and colleagues were not contacted for information; and no media was arranged. A note was included on the file to stop James’ car if seen, he was not stopped despite multiple opportunities.

Despite significant reasons to show James was vulnerable, the police risk assessment largely remained at ‘low’ with some short-term changes to ‘medium’.

Twelve days after he went missing James was found. He had been staying at a nearby hotel.

Two police officers attended the hotel to carry out a safe and well check – a visit carried out by the police which should be an opportunity to check if the missing person is okay or if they need further support. When they arrived James only opened the door a crack, he looked dishevelled and said he didn’t want to talk to the officers and closed the door. The police assessed him as alive and well and left.

Lisa was still concerned and after it became clear that James had left the hotel and abandoned his car there the police agreed to open a second missing person report. Sadly, again, little was done to find him.

Four days later, only one day after the fresh missing report had been filed, James took his own life by falling from a hotel window.

Lisa feels that the failure to carry out an effective safe and well check is what killed her husband. She believes he was making a cry for help and was instead abandoned. There were clear warning signs in James’ behaviour and yet little was done to ensure his wellbeing, and no support was offered to a man in crisis.

Email ThisBlogThis!Share to TwitterShare to FacebookShare to Pinterest
Categories: Inside Missing People, Words from Families