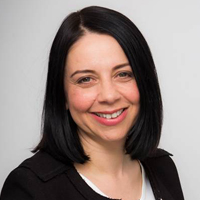 Jo Youle Missing People CEO reflects on the things that matter. Jo talks about there being there being "no short-cut to the long run"

I’ve been trotting through the Subtle Art of Not Giving a F***. It’s probably more accurately titled ‘The subtle art of razor sharp focus’. But that wouldn’t have had so many copies flying off the shelves. Or downloading on Audible.

I was drawn to Manson’s  idea that simple things aren’t always easy.
One of the Missing People team did a simple thing the other day. In the middle of a very hushed moment in a Christmas Church Service, she scrambled her way to the front of the church. Crouching down to comfort someone missing a loved one. A gesture of loveliness. I could have got up. But if 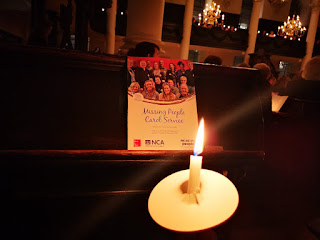 I’m honest, social etiquette had me firmly in my seat.

Last week, one of my kids was in trouble at school and was held back after hours. It meant he was late home. Highly unusual for him not to be where he said he would be. You can imagine what I was feeling. The end of a rainy school day. Light fading fast. Minutes ticking past.  The school just forgot to let us know he was there. It took a lot of effort on a phone call to the school later to extract a sorry. I’m not sure what got in the way? Good reasons for why it happened. Good reasons for holding him back for behaviour that was wanting. Because it’s not easy. Cue the music, Elton: ‘Sorry seems to be the hardest word’.

I remember a call I took when leading the Services team at the charity a few years ago. From a mum with a missing boy. We’d not done everything right. We’d not done everything we could have done. She was cross. And I remember being sorry. But did I say it? I’m not someone who finds it easy to say sorry. I work as a hard as I can to do my best always. So when it’s not enough, I struggle to acknowledge it. I hope I did.

As well as not finding things easy, us humans are also drawn to short cuts. It can be a double whammy.You’ll be familiar with the well-worn muddy shortcut in the park. Saving a few seconds 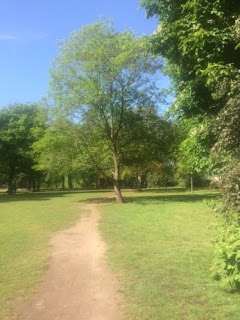 from walking on the ‘official path’. Or for parents out there, the ‘trampled down back’ of our kids’ shoes. Saving a minute from doing up the laces.

You’ll be familiar with the short-cut email or a text for a ‘difficult’ conversation when a call would be better. Friendships withering without time together that can’t always be conjured up through Facebook or Instagram.

Sometimes, there is no short-cut to the long run. An often quoted favourite of my Dads. For any marathon runners out there, it’s not to be ignored in the training run up. Sometimes though, short cuts can be helpful. In terms of our ‘thinking’ they even have a name. Heuristics.  Making pragmatic short cuts in thinking to save us time and psychological energy. Using what we know, from experience to help make decisions. Using the past to predict the future. Trusting someone new because, well, they look like someone we love and trust. We use trial and error. And often get the right answer.

We can even short circuit our self-limiting thinking. It was recently suggested to me, when coaching others, if the coachee says “I don’t have the answer”. Ask them immediately “and if you did have the answer what would it be”, which often produces… the answer! I’ve tried it on myself and it works if you ask the question quickly, without thinking.

But other times it will trip us right up. Flat on our face. We’re not always the rational beings we think we are. We’re more inclined to buy meat that’s 75% fat free. Rather than 25% fat. We rely on the past to sort the future. And repeat mistakes from generation to generation. We create over- simplified pen portraits of people. Stereotypes. We create bias and sometimes prejudice. We make decisions based on remembered emotions of reminiscent situations which have no bearing on the here and now.
Thinking that we’re cleverer than we are can make it hard sometimes to spot the simple thing.
Remember when Theresa May went to Grenfell soon after that terrible fire? She met the firefighters. She met the police. She met the officials. But she didn’t meet the people who’d lived it and survived it. I’ve often wondered how that happened. How she and the advisors around her didn’t think. Didn’t think of the simple thing. But she did, at least, say sorry. It’s got me thinking about why all of this is so important.

As a charity, always striving to deliver top quality services, the simple things really matter.  It’s not always easy.  It’s about a team that goes the extra mile for people in crisis. That asks the right question, in the right way at the right time. That supports people in the most vulnerable of moments. At the end of the line – on the phone - and sometimes literally at the end of the line.

The Missing People team will be open all over Christmas and New Year and every day and night thereafter. Thanks to everyone who will be here, and to all our supporters for making it possible. The lights will be on day and night. 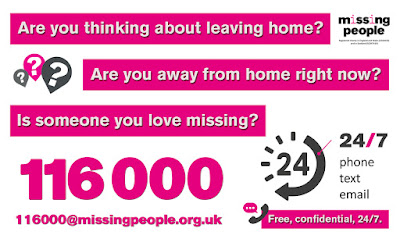