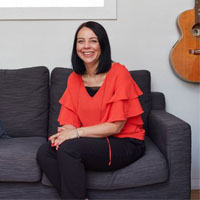 “Simple ways to make new friends for charity, and why it really, really matters.”

This Valentine's Day, our CEO Jo Youle writes about her experience making new friends. Jo talks about how these friendships have lead to some incredible support for the charity from lots of brilliant people.
From day one as CEO I decided to be an honorary member of the Fundraising Team. I think all charity jobs should include honorary membership of the fundraising team. There. I said it. Even trustees. According to means of course. A £1 a month puts you in the 50% of people in our country who donate to charities. A charity run.  A cake sale. An introduction to a company you know. You’re a fully paid up member of your own club. You get the newsy updates. You’re putting your money where your mouth is. A bit like I’d expect that if you were a Non Exec Director at Marks and Sparks that the very least you could do is buy a pair of pants now and then. Even if you don’t fancy the chenille jumper or can’t afford the cashmere. And when you invest in something. You care. Even more.

From day one I noticed that when I emailed people and asked for help for the charity, they replied. And most of them helped too. It might be the CEO sign off (it’s definitely not ‘me’ since more often than not they didn’t even know me) and the charity tag, of course. People do still love charities.
From day one I noticed that finding new friends is easy, if you’re looking. It’s like being pregnant and suddenly spotting pregnant people everywhere. Or nipping to the charity shop, desperate to find a Christmas jumper, and finding a Christmas jumper right there. Or trying not to eat chocolate. And seeing chocolate everywhere.

If you’re on the lookout for new friends. Then new friends you can find. It’s a mindset.

From day one I think I’ve done a few things well.

I’ve taken up opportunities even if I didn’t know where they might lead.

Like this one. I met Amanda. I now realise, she’s been a fairy godmother. On the way out of a meeting about fundraising, in conspiratorial tones she asked if I’d like a mentor. I snapped her hand off. Even though I had no idea really what it meant, if I needed it or even if I wanted it. Something in my head reminded me of my Dad’s phrase, from years of re-wiring people’s houses: “If someone offers you a cup of tea, you say yes”. Mentality being: you never know when the next cuppa might come along. So I thanked her a lot and met my new mentor. He’s a top and brilliant man and we’re still meeting up five+ years later. And he’s introduced me to other people, who are now helping us too. 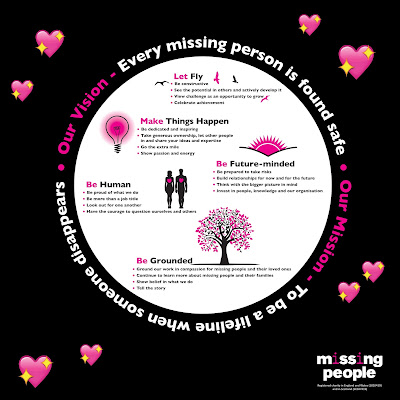 I’ve done well by remembering to say thank you. And then to let people know what happened next. This is the easy bit to forget, and it’s the most important bit to do.

The same fairy godmother asked me if I’d be interested in School For CEO’s. Same pattern. I said yes. I didn’t know what it was. It turns out it helped me to do my job, which is after all quite important! And it opened up a ‘room’ full of people that were potential new friends.

I’ve done well by taking a lot of interest in the new people I’m meeting, so focussed sometimes I’ve that I’ve forgotten who I am. I’ve been the friendly journalist. It’s true that people do like to talk about their favourite topic (themselves) and so you can find out a lot about them! Turned out the top guy David at School For CEO’s is a whisky ambassador for Balvenie and has provided auction prizes to our Gala dinner for the last five years.  I was introduced by one of the speakers to Bridget and to Alastair, an ex Royal Marine. They’ve been providing negotiation and mediation training to our leadership team ever since. Floyd did the same for our team, about focus and non-negotiables, which from one of the youngest ever members of the SAS was not to be messed with. I invited fellow alumni Gordon to our Scottish Carol Service since turns out he lived near to the church in Edinburgh. He’s now a charity benefactor along with Debbie his partner– and they can’t do enough for us. And Olly, well he got in touch after chatting to a course leader, and became the Chair of our Fundraising Board who raised significant money and scaled a mountain with me in the Lakes, and introduced us to Giles, who’s been providing pro bono management consultancy with his fab team at CIL helping the charity scope a new service for children and more.

I returned the favour to School for CEO’s by sending leaders to them.  That helps the whole thing along really nicely.

I’ve done well by picking events and training from ‘other worlds’. So I made some new friends from a course I did with corporate business coaches at Meyler Campbell. And they gave the charity that place for free. And now I’m chatting to Henry about membership of our new Young Professionals Fundraising Board, and hopefully support from his business down the line. (And he’s introduced me to beautiful Evensong at St. Pauls – the new worlds working both ways.)

I’ve totally relied on our fab supporter team here to build the new friendships. They remember conversations. They remember birthdays. They’re a dab hand with a thank you card. They make the new friends feel like part of the family from the first moment they show up at an event, wondering who they’ll know to speak to. They make them a new friend too. And then you are free to go out and make some more friends, safe in the knowledge ‘your people’ are being looked after. That’s a great team endeavour, built on trust that has been well and truly earned.

There are things I’ve not done so well.

I waited too long to ask if a new friend would consider supporting the charity. When Nic said to me walking through London after a third ‘mentoring’ coffee: “You should have asked me for money by now”, followed by, “would £10k a year for the next three years help?” I’m smiling here at the sheer joy of this. And then he introduced me to Andrea, whose focus, coaching and forensic brilliance has helped us with recruiting the right people with the right fit for the right roles. 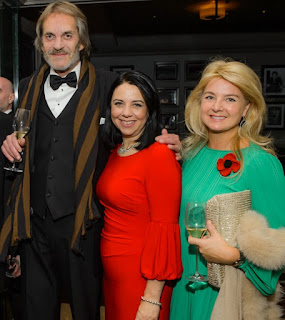 I worried too much about talking money. Like the nervous butterflies whilst driving up the long road to Stobo Castle in Edinburgh to ask Stephen and Mandy if they’d support the charity. Their response, oozing in warmth: “Yes. We’ll support Child Recue Alert. You’re running a business like we are. So, if we give you money you can count on over a few years, that’d be most helpful right?” And so they did. Still are.

I wish I’d had better words up my jumper. Like these: “what area of our work most touches you most? Would you consider investing in that?” “What level of support would you be able to provide...£10K pays for…£20k pays for…?”

I wish I had snappier retorts. Like when people say: “the PR for the charity will be so good for you”, with: “this is how the economics work for us, more PR means more callers, that’s very good news but we need more funding to support us with that (the converse for business where more PR, means more customers, means more profit)”.

I would have loved to have known in the early days how flattered people are to be asked. Like my friend John. Conversation: “John, you’re running a successful business. You reckon you might be able to support your local charity with a donation and support from your brilliant team by asking them to hike up a mountain for us?” He said yes. No hesitation. It’s been slightly less successful on the mountaineering side, but we’re not complaining.

And my most painful mistake of all - I’m cringing right now - when I thanked my bro, on stage, for a donation and forgot his wife, who was sat next to him – a charity supporter and of me, and I’ll be forever sorry about that mistaken moment.

Anyway, I’m thinking away here as I’m writing this, even though it’s late on, and to be honest, I’m nearly ready for the sofa and a glass of wine with the heating cranked up.  And do you know, I feel unexpectedly invigorated. 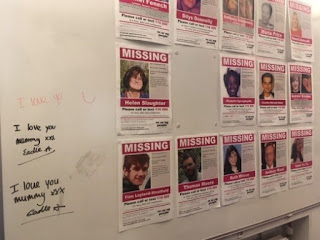 And here’s the tearful bit, for me. It’s important work we’re doing. It’s a cause worth supporting. I feel it strongly today and I’ll tell you why. In my office I have posters of missing people on the wall, which we take down when someone’s been found. Sadly, this week we took down the poster of Lucy because she’s been found dead, her body washed up in the River Thames. She was a local mum. A friend of a friend of mine, though I didn’t know her. She was missing for weeks all through December and Christmas. Her family and friends must be devastated. And so there are posters to be taken down from all the local shops (and it’s been so heartening to see the level of support and that people really, really want to help). It’s a heart-breaking ending. I wish we could have done more. You can see the space in the wall of posters. And the message my daughter wrote on the board when she was in my office not so long ago – “I love you mummy”.

So, I’m going to make some more friends. And straight from the heart, on Valentine’s Day, I’m making today my day one. If you would like to be a friend to Missing People, then do get in touch.  Hope you’re in.