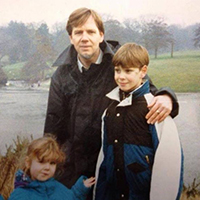 This Father’s day there will be thousands of families across the UK living with the pain of a missing loved one. Whether their dad is missing or they are a father themselves, desperate to hear news of their child, Father’s Day can be a poignant time of year for someone affected by a disappearance. We spoke to Kevin, son of Kevin Fasting who has been missing since November 2003.


My Dad was a very well-liked man.  Everyone knew him as a kind and gentle man and nobody had a bad word to say about him. 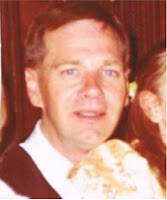 After my mum and dad split 10 years earlier, my sisters lived with my mum and I lived with dad. Eventually, he began to struggle with depression and had to stop his job of 25 years as a pool attendant for the city council. After I went to university, he tried to kill himself. I wasn’t sure if it was serious or a cry for help. I don’t think he could cope on his own.

My grandparents helped get him back on his feet again and to find a job after four years of not being able to work due to his mental health, but I think the pressure of the new job was too much as he went missing a week later. He left a note saying that he had let us down and for us to have a good life and that he loved us. We have never been sure whether it was a note to say he was going to take his life or just saying goodbye.

When an adult goes missing, they have the right to be away from home so the police won’t do anything for a day or two. There will be lots of activity for a week or two and then it slows. Missing People have been great about keeping the news out there and sharing his story over the years.

The most difficult times of the year are Father’s Day, his birthday and the date he went missing. Those times are tough. I’m a father myself now, so Father’s Day is about time with the kids, but I now have a father-in-law and when I see my wife get a card for him it’s a painful reminder. You get used to not saying the word ‘Dad’. 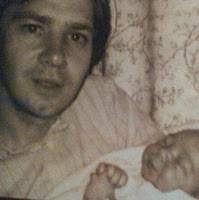 This Father’s Day there will be thousands of families like Kevin’s living in limbo and desperate for answers. Donate to Missing People on behalf of your dad by 13 June and receive a Father’s Day card, while helping the thousands of people affected by a disappearance each year.

A donation of £10 today could help us reach out to 29 missing people by text, offering support and someone to talk to.

Please use the ‘Father’s Day Appeal’ option from the drop down menu.

The Missing People helpline offers free, confidential and 24/7 support to anyone affected by a disappearance. Call or text 116 000.
If you would like to share your story on The Missing Blog, please email supporters@missingpeople.org.uk