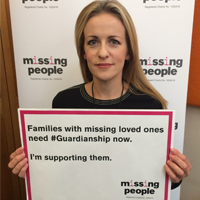 The road to the Guardianship (Missing Persons) Act 2017 becoming law has been a very long one. Read this blog to find out more about the tireless efforts of those involved.

“I went overnight from being a couple and having
two wages to … becoming a single mum who could only work part-time, with a mortgage and bills to pay. … My husband was missing, and that in itself was traumatic enough, but there was still the everyday living to do as well”
- Evidence to APPG from wife of a missing person
The road to the Guardianship (Missing Persons) Act 2017 becoming law has been a very long one. In 2008, Missing People published the Living in limbo report, which included interviews with families dealing with the consequences of a relative or loved one disappearing. In some ways unexpectedly, the financial and legal aspects of someone being missing were a major part of the story.

The report recommended more research into the legal aspects. As a result, two years later, the Missing Rights campaign was launched, calling for a change in the law to allow families to look after their missing loved one’s financial affairs. 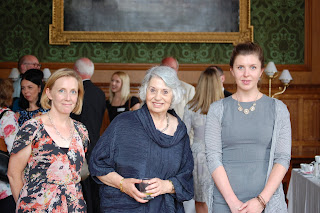 An All Party Parliamentary Group launched an inquiry and came back with the recommendation that the Government should bring in a guardianship law at the earliest opportunity. However, it still took until 2014 for a consultation to be launched. The consultation found the support for the new law was overwhelming.

The following year in 2015, the Government agreed to put the law on the statute book as soon as parliamentary process allowed. At this point, to continue the road analogy, you could say that a big pothole appeared in the road.

Plans for the new law stalled because the time was not made available in Parliament, and Missing people and families affected continued to energetically lobby the Government. 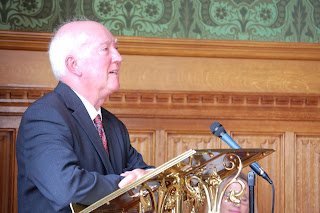 By asking supporters to contact their MPs, MPs to sign an Early Day Motion and ask oral and written questions of the Ministry of Justice, the families were crucial in keeping the momentum going.
Peter Lawrence, father of missing Claudia, in particular worked tirelessly to ensure the legislation went ahead.

Then the momentum gathered force again. In January 2017 Kevin Hollinrake MP introduced a Ten Minute Rule Bill - Guardianship (Missing Persons) Act 2017 - in the House of Commons. This bill passed all the Commons stages in just under eleven weeks, with just one obstacle when an MP objected at the final hour, postponing the Third Reading by a month. CEO of Missing People, Jo Youle met with the MP to ensure no future opposition and the successful Third Reading took place on 24 March 2017.

In the House of Lords where it was led by Baroness Hamwee, it made it through all stages in less than five weeks. Thanks to support from a great number of MPs and Peers from all parties, as well as from the Ministry of Justice, on April 27 the Bill had its Third Reading in the House of Lords and received Royal Assent the same afternoon. 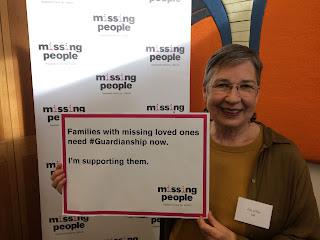 The aim then was for the bill to become law within a year, but unfortunately, the deadline passed and more potholes appeared. However, later in 2018 the MoJ finally announced that it would become law in July 2019.

Missing People is now working with legal experts to put in place the most appropriate guidance so the people affected get the best out of the new law.

We are delighted that today after years of campaigning, the burden of unnecessary financial and legal difficulties for families of missing people will finally be lifted.