What can we do to respond to county lines exploitation? 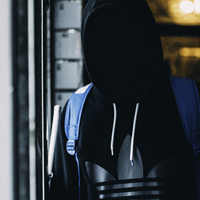 For children being exploited criminally, including through county lines, their future is uncertain. Children as young as 7 are being groomed and exploited to move and sell drugs across the country, with police saying they are struggling to deal with the scale of the problem.

The National Crime Agency, in January 2019, reported that there were over 2,000 phone numbers being used on county lines networks, and that the ‘industry’ is worth £500million. There are high levels of associated violence and the Home Office has highlighted the issue as a national priority in the 2018 Serious Violence Strategy.

Missing has been recognised as being one of the key early warning signs of exploitation, with recent Missing People research, ‘A safer return,’ finding that nearly 1 in 10 returned missing children disclosed that they had been criminally exploited. However, the return from missing is not often used as an opportunity to intervene to prevent these children from becoming more embedded in exploitation.

‘All of us were broken’, new Missing People research, shows the devastating impacts of an escalation of exploitation, including school exclusion, injury, involvement in the criminal justice system, and homelessness. The research also shows the challenges agencies are having in responding to exploitation, from a lack of awareness of key warning signs to receiving limited training, to remit limitations and a lack of resources.

So what can be done?

Missing People believes that the answer lies in a better multi-agency response to the issue. This should include training for all professionals working with young people, from teachers, to social workers, to those working in the police, including on the links between missing and exploitation and how to respond when risks are identified.

Over 70 delegates across Birmingham and surrounding areas attended Missing People’s most recent conference County Lines: National Picture and Best Practice on 19th September. 100% of delegates said they would recommend the conference to other people! Join us for our next conference in Reading, bringing together professionals from education, social care, police, and the voluntary sector together to share learning about how to tackle the issue.

There will be an opportunity to learn about the current landscape, including from the National County Lines Coordination Centre and Abianda Social Enterprise supporting girls who are gang affected, including Missing People’s Home Office funded national SafeCall helpline, and to learn about what existing services can do to better safeguard exploited children.

The conferences will be a key chance to learn how to better support exploited children, their families and carers and to work together to try to protect these children. If you have any questions please email partners@missingpeople.org.uk