Reflections On The Application For The Declaration of Presumed Death 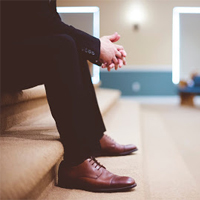 Having a missing loved one can involve getting over some really difficult hurdles. This blog post is from a very brave family who documented their experience applying for presumption of death for their missing loved one.

We applied for the Declaration of Presumed Death after our relative went missing over twenty years ago and we were dealing with inheritance issues following the death of another relative. The easiest way to deal with the probate was to apply to the High Court for the Declaration of Presumed Death. This was not a decision that we took lightly as it brought up a lot of emotional issues we, as a whole family, had to deal with. 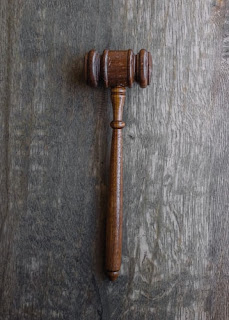 The first difficulty was finding out which High Court division (there are three: the Queen's Bench Division, the Chancery Division, and the Family Division) was dealing with the Presumption of Death Act 2013. This is relatively new legislation and does not appear to be widely known and recognised by the High Court staff. It took half a day of phone calls (being put on hold, waiting in queues, waiting for people to pick up the phone) and being passed from one person to another before we were able to establish that we need to apply to the Chancery Division of High Court.
After finding the right High Court division, the next step was to fill out the application form, collect evidence and write witness statements.

In addition, the application to the High Court must demonstrate the following:
•    There has been no evidence that they are still alive.
•    The people most likely to have heard from them have had no contact.

Unfortunately, the application form for the Declaration of Presumed Death is a generic form and refers to the missing person as “Defendant” and requires to give the “Defendant’s” address. The form was clearly not designed with a missing person in mind.

The evidence we had to collect included information about the circumstances of our relative going missing as well as evidence of all attempts at finding him. We provided over 50 photocopies of documents including their passport, correspondence with the police, Missing People online appeals, posters, and TV appeals.

On the High Court website, there was information about the fee that had to be sent with the application. We sent the form, the evidence, the witness statements and a cheque for the amount listed online in June 2017 by recorded delivery. A month later, all the documents were returned to us by second class post. The envelope was torn in one place which meant that confidential information was no longer confidential. The reason given by the High Court for returning the documents was that the actual fee was £20 more than the fee listed online. So instead of asking for another cheque, everything was returned to us and we had to send all the documents again and another cheque for the increased amount. Our advice is to check with the High Court (by phone) the correct fee before sending the documents to them as online information is not reliable.

On 25th July, we received a confirmation from the High Court that they have all the correct documents and the fee. We then had to put an advertisement in a local paper within 7 days (in the area where the missing person was the last resident) stating that the application for the Declaration of Presumed Death is being made. There are online guidelines relating to the advertisement and the required wording. We then had to send a copy of the advert to the High Court. We advise to make enquires with the relevant local newspaper before you hear from the High Court, so they are aware of your requirements as the advert has to be placed within 7 days of receiving a letter with with the case number from the High Court (the case number has to be included in the advert).

By the end of September, we still had not had a date for the hearing. We contacted the High Court by phone and we were told by the clerk that the delay was because the “High Court was still waiting to hear from the defendant” (that is our missing relative!) before the hearing date is set. We had to explain to the clerk that the High Court is not likely to hear from the missing person and if they did then there would be no need to go through with the Declaration of Presumed Death hearing. A couple of weeks later (13th October), we received a letter with the details of the hearing set for 24th November. 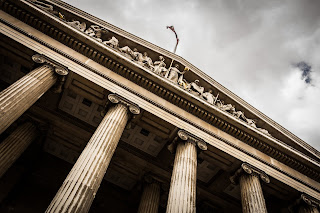 The hearing took place in the High Court, Rolls Building in London. We had to wait for a short period before being invited to a small interview room. The judge entered through a separate door and sat in front of us behind a table on a podium. There was nobody else in the room and the judge took all the notes.

The judge was very considerate of the sensitivity of the situation and how emotional it was. He had already read all the documents before the hearing and asked several pertinent questions relating to the missing person.

The hearing took less than half an hour. At the end of the hearing, the judge told us that the Declaration of Presumed Death will be issued in writing and then we can apply for the Presumption of Death Certificate (similar process to getting the Death Certificate). This happened in December, so in terms of timescales, the whole process took around 6 months. Without delays due to misinformation regarding the fee and then the High Court waiting to hear from our missing relative, the process would be shorter.

Although the process may be a bit daunting and emotionally difficult, it is not difficult to prepare the application for the High Court. However, it does take a lot of time and effort as you not only have to gather a lot of documents, but you also have to write a narrative based on the evidence proving that you made all the necessary efforts to find the missing person. The information has to be thorough, coherent and well presented (e.g. a list of documents with references to pages). In addition, you also have to have several well-written witness statements.