First Christmas without you 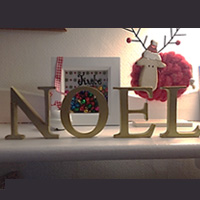 This will be the 8th year that Timothy Maccoll has been away from home at Christmas. Timothy's mum shares some powerful words reflecting on the first Christmas without him in 2012.

The 29th of May 2012, the day I was told you were missing, so clearly etched in my memory, life as I knew it changed forever.  You were on deployment in the middle east with the Royal Navy, stopping over in Dubai for some downtime, you went on a night out on the 27th of May, had a few too many
and got into a taxi alone, never to be seen again.

The ensuing months passed in a haze, the never-ending search for answers as to your whereabouts. No explanations, no answers just nothingness.

By Christmas 2012, Timothy you had been missing for over seven months. Somehow, I bought presents, sent cards and finally it was time to decorate the tree. Sticking with tradition, I put the Christmas cd on, (which you had bought me). As “Please come home for Christmas “blared out, I broke down, the pointlessness of it all hitting me. I remember wanting to throw it out the window, trash everything, why I’m I doing this? where are you?  repeating going through my head. 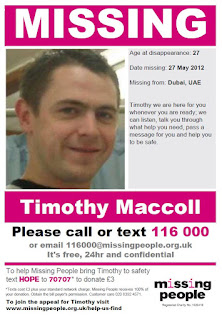 Your love of Christmas kept me going, as I reached into the box, I found the letters spelling out NOEL. The memories of the first year I bought it came flooding back. It’d put it up on the decorated mantlepiece, every time I was out the room you would rearrange it to LEON (the winner of Britain’s Got Talent that year). Until eventually the inevitable happened and you dropped the N on the hearth, and broke it, only to try to balance it back on, and declare all innocence, once caught Timothy you assured me a bit of glue would fix it. The memory made me laugh, as it still does.

Over the last seven and a half years, new traditions at Christmas have evolved, like lighting a lantern in the garden for you, which burns from Christmas Eve through to seeing in the New Year.

Sometimes this is a bit off a challenge with the Scottish weather, declaring it’s your sense of humour the candle is extinguished, to wind me up. I often watch it flickering in the middle of the sleepless nights, wondering where you are.

Another tradition is to donate to Missing People at Christmas, in- tribute to you. Knowing they rely on donations to deliver vital services and to keep their phone lines open 24/7, if it helps another family reunite with a loved one then something positive has come out of this hell.

A donation of £10 could help us answer a call from a missing person
or family member this Christmas.

Email ThisBlogThis!Share to TwitterShare to FacebookShare to Pinterest
Categories: Christmas, Words from Families